Lawrence Gill is retired Hull Maintenance Technician Chief Petty Officer and has been an ASNT member since 2005 when he graduated form the Navy’s NDT training program completeing the VT, PT, MT and UT phases of training. He currently holds ASNT Level III Certification in seven methods and is an AWS Certified Welding Inspector. During his time in the Navy he worked at a number of ship and submarine repair facilities in fabrication, inspection, planning and supevisory roles. Since retirement he has worked in a Gray and Ductil Iron Founry in Michigan performing both destructive and nondestructive testing, a Naval Shipyard in Maine as an inspector, work leader and supervisor in the NDT department and a Gas Containment System Manufacturing company in Massachusettes as the Responsible Level III and Senior Review Technologist. Joing ASNT’s Certification Management Council in 2013 with the goal of reviving the AE Method Level III Test and becoming more involved with the society and in the process. He was invited to join the AE committee in 2015 to update the test question data base and reviving the method test. He joind the Technical and Education Council in 2016 he has since become the Method Chair for Acoustic Emission. As part of a mentoring program for aspiring Level III inspectors at his current employer he wrote the Supplement to Materials and Processes for NDT Technology, a question and answer guide with over five hundred questions directly related to manufacturing materails and processes, which was punblished by ASNT in 2017. Lawrence looks forward to working with the Board of Directors and hopes to make ASNT an organization that works hard for all of it’s members and keeps making the world a safer place one inspection at a time. 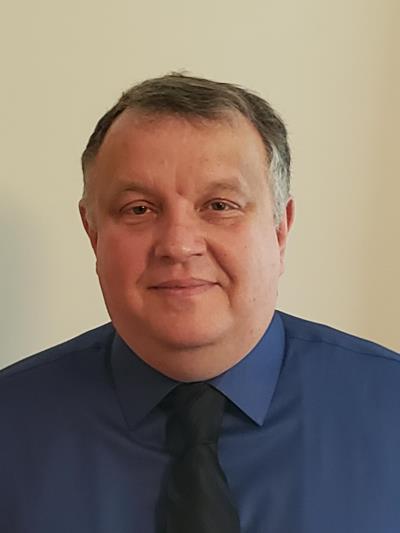