Tsuchin “Philip” Chu is Professor of the Department of Mechanical Engineering and Energy Processes at Southern Illinois University Carbondale (SIUC). He is also the director of the Engineering Science Ph.D. program in the College of Engineering at SIUC. He was a faculty member of Polytechnic University in New York (now NYU) before he joined SIUC in 1990. Chu has conducted research for over 30 years in areas such as nondestructive evaluation (NDE), biomedical engineering, experimental mechanics, computer-aided design and manufacturing (CAD/CAM), finite element analysis, and additive manufacturing, as well as sensors and instrumentation. He is a pioneer in the area of digital image correlation (DIC) and at the cutting edge of research in NDE and biomechanics. He has more than140 peer-reviewed journal publications and conference proceedings and over $2M in grants from institutions such as NASA, Boeing, US Air Force, IBM, and Illinois Clean Coal Institute. Chu has advised more than 40 graduate students. He developed the Intelligent Measurement and Evaluation Lab, which houses state-of-the-art equipment including a DIC system and infrared thermography system, as well as immersion, contact, and air-coupled ultrasonic C-scan systems. He is currently a subject matter expert for the NASA Engineering and Safety Center NDE Technical Disciplinary Team. He is co-founder and director of Clipius Technologies, a think-tank company that produces intellectual property in the areas of defense, aerospace, and biomedical devices.

Chu brings experience as a former member of the Board of Directors, where he served as a Council Director from 2014–2016. He currently serves as a member of several ASNT committees, including Selection, Bylaws, Engineering Education, Research Council Program Committee, Scientific and Technical Advisory, Membership, and Aerospace Committees, among others, and as a member of the Research and Engineering Councils. He is active in the St. Louis Section of ASNT, where he has served on the board of directors. Chu received the ASNT Mentoring Award in 2014, the ASNT Faculty Grant Award in 2012 and 2017, and an ASNT Fellowship Grant in 2010. 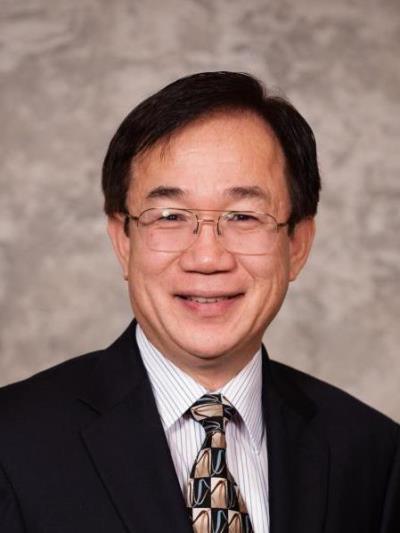